Skip to content
Childhood of the Holy Prophet (SA)

Think of your childhood. What have been the blessings? Can you remember your first home? Can you remember family times? Some of us have to pass through difficulties yet many of us have care-free childhoods filled with toys, laughter and love. How would you have felt if things had been different?

The Holy Prophet (SA) had a very different childhood to many of us. He had to overcome many challenges and changes. First, before he was born, his father had passed away. He was the first child of his parents so had no brothers or sisters to share this loss with. His mother, as was the custom of many families of the time, sent him to live in the countryside with a wet-nurse. It was thought that the countryside had fewer illnesses and a better lifestyle than Makkah, where his respected mother, Hazrat Amina (ra) lived. His wet-nurse was called Hazrat Halima (ra) and she cared lovingly for the young infant until he was summoned back to his hometown. 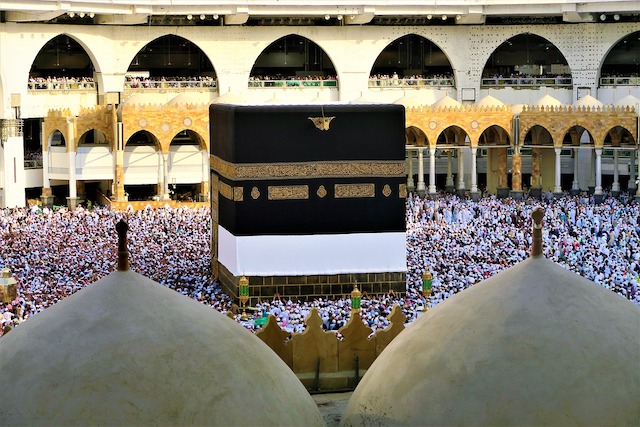 From the age of two, the Holy Prophet (SA) lived with his mother in Makkah. His family were noblemen from the Quraish tribe and were well known and influential in the city. Sadly, at the age of six, his mother suddenly passed away and the young boy became an orphan with neither mother, father nor siblings. He was taken into the care of his grandfather, Hazrat Abdul Muttalib (ra), a person who had always loved and cared for him since birth. But the young Prophet (SA) was dealt another challenge to face when his grandfather also passed away.

So many losses, in such a young life can often shape personalities and develop difficulties but, the Holy Prophet (SA) grew up to be a king, honest and patient person. He was known to be fair in all his dealings and to have impeccable manners. He was taken into the care of his uncle and his wife, but he was not always treated equally to his cousins. Sometimes he was not given the gifts and treats they received yet he never showed anger or frustration. He managed to find a job in a trading company where he was entrusted with goods and money as a result of his honest reputation.

Throughout his life, the Holy Prophet (SA) showed love and care to so many people regardless of their status or wealth. He cared for orphans, slaves, widows and divorced people. He was forgiving, generous and polite. He maintained a simple lifestyle and never boasted of riches or power.

Such a wonderful example for mankind came from tragedy and loss experiences at an early age. He overcame all his struggles to earn the love and blessings of Allah. He showed respect and care for Hazrat Halima (ra) throughout his life and always treated anyone of her tribe with warmth and love. A real life example for all of us.