Hazrat Musleh Maud (may Allah be pleased with him) recalled the story of Aladdin and his lamp! Aladdin was an impoverished person who found a lamp. When he rubbed the lamp a genie appeared who made anything Aladdin wanted come to pass. Hazrat Musleh Maud said that as a child he thought Aladdin’s lamp was real and later realised it was not so. However, when he reached old age, he appreciated that there is a phenomenon as Aladdin’s lamp. This lamp does not work on oil but on resolve and determination. Whoever is bestowed this lamp by God makes it work! Owing to the fact that resolve and determination are Divine qualities, when God says ‘Be’ it happens. Similarly, when following God, and in accordance with principles laid down by Him, while acting upon His commandments and praying to Him and seeking His help a person says ‘Be’, it happens. Hazrat Musleh Maud (may Allah be pleased with him) said he was convinced of the properties of Aladdin’s lamp in childhood but dismissed them during adulthood. However, upon reaching old age and after experiencing life for a long period of time he realised that the story of Aladdin’s lamp was true. However, it is a metaphorical tale and the lamp connotes resolve and determination, which when rubbed, makes things, no matter how big, happen instantly. 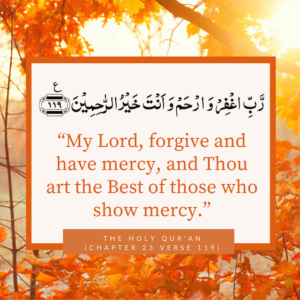